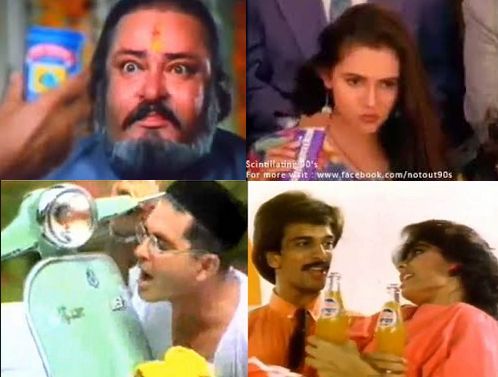 When we were kids, back in the 80s, Television ads were growing huge in India. The small screen had reached the middle classes and advertisements with strong brand recall were all the rage. In those days, everyone watched everything that came on the Idiot Box with fascination…even programmes meant for farmers (Krishi Darshan) were seen with eyes glued to the screen. TV ads too were watched repeatedly and mimicked at homes. We kids took pride in learning the ad jingles and taglines by heart. Who can forget the jingles of  Washing Powder Nirma, Parle G, Gagan and Humara Bajaj!

As we grew, so did the ads in the 90s. In no time, the commercials turned more stylish, polished and classy. Guy models began to wear leather jackets, jazzy belts and denims while girl models embraced designer clothes and chic hairstyles. Bikes, accessories, cars, music and a westernised lifestyle got promoted in the ads to engage the youngsters.

The 90s boasted some of the best commercials of all times. Can you ever forget ads made for Onida, Maggi, Rasna, Fevicol, Vicco, Breeze, Lux, Dove, Dhara oil, Mango Bite or Amul chocolate?

Often, I watch those ads on YouTube to relive the past. Here are 5 of my favourite and sweetest advertisement of those bygone wonder years. Hope you enjoy reading about them too. 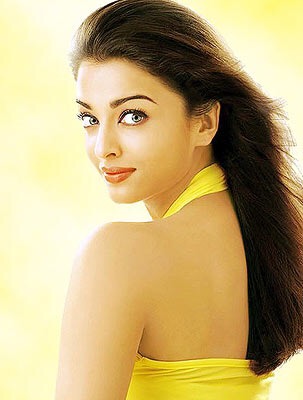 The Pepsi ad – Ahaa! Who can forget the gorgeous Aishwarya Rai mouthing – “Hi! I am Sanjana. Got a Lehar Pepsi” and the stumped expression of a smitten Aamir Khan. I used to stare at Aishwarya and think – Can such beauty exist?

The Cadbury ad – Awww.. The innocent beauty breaks into a loveable jig when her boyfriend hits a six. The shy cricketer is embarrassed as well as on top of the Earth. Her dance with abandon is the high point of this great advertisement. We never missed watching it!

The Dreamflower ad – He looks like a thorough professional until he catches a whiff of her. He leaves his conversation mid-way and bolts to catch one glimpse of the fragrant beauty. He tries lifts and doors but she seems to have disappeared. But one knock at his cabin brightens things for him as she happens to have come looking for him. So very romantic!

Palmolive winter care ad – The close shots of a beautiful girl in an aeroplane is shown and we hear a man’s thoughts –  “The lovely girl is in the plane… the seat next to me is empty. Am I fortunate enough to get the pleasure of her company. She looked at me for a while and then moved on. She is so beautiful but has no make up on.” In the next shot, the girl comes closer and tells him – “I think you are in my seat” . The guy is not shown in this commercial but his voice makes the girl mysterious and alluring. We loved it!

Dhara Cooking oil ad – The word ‘Jalebi’ always reminds me of this ad. A cute little boy runs away from home after being scolded. He sits at a railway station waiting for the train when an old uncle comes near him and says, “I just came to tell you that your mother has made jalebis at home.”.. And the kid says ”JALEBI?” with a twinkle in his eyes and happily returns home. The little boy had done a wonderful job in the ad and it remains one of the most popular ads of all times.

Commercials like these were an intrinsic part of our lives. I wonder where those days have gone. Time flies… but thankfully, today we have technology to capture those wonderful glimpses of the past. 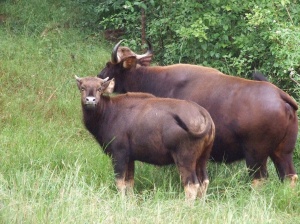 Yesterday, my older one ran to me and asked to inhale the perfume his father had put on him. I smiled and told him he smelt great. He does this every time but yesterday it made me think. Would he come running to me like this always? Would he reach out for my hand whenever we go out? I think not, naturally. But then how will the transformation take place? I want to remember the day and time when he will let go of me and my opinions? Would this happen on a particular day or gradually? It is entirely expected that soon he will find it silly and outgrow it and move on. But I want to watch it consciously and make a note of it. Just like that!

I am sure I will stay on and wait for his every little acknowledgement just like my parents stayed and I moved on. I still wonder how the transformation took place in me and how much I left behind and simply forgot about it.

We just outgrow and let go of so many little things. We don’t remember the last time, date, moment when that particular ritual ceased to exist. We just abandon it, find a replacement, move on or just forget about it.

There are so many beautiful and mundane happenings from my wonder years that I want to relive one last time…but those days have gone, new routine has taken it’s place. In the years to come, I will miss my present too. We have a habit of taking our present for granted. I took it for granted while growing up. I have learnt from experience that we should not let go of our present without living it to the fullest.

I may not be able to go back and grab those moments once again but at least I can recount it, talk about it and list it…just to experience it indirectly, while I write. And to smile fondly, sincerely and simply. Here are some cherished moments straight from the innocent days when the world was a little more brighter, clearer and beautiful.

These are just a few of those memories. (The picture is of Betla National Forest). I would love to know about yours too, please do not forget to share. Come on, let’s live yesterday once more…