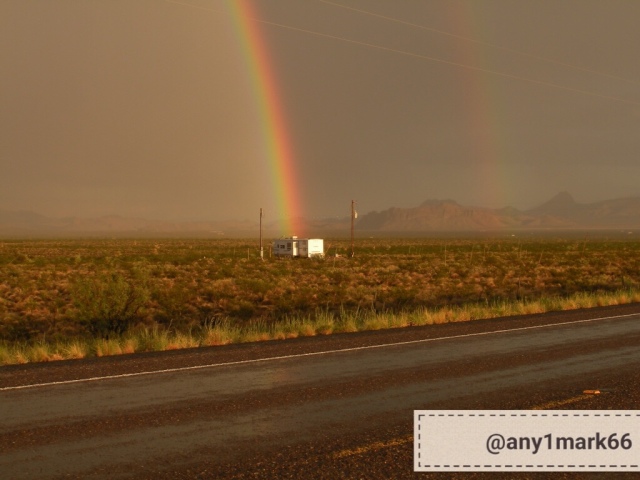 Six Uri tribals saw the double rainbow from a distance and rejoiced! The time had come. For centuries, they had closely guarded the secret of Luma!

Everything had changed, the tribe had shrunk in size, and nobody believed in Luma anymore. But for those seemingly modern Uris, the legend of Luma was the very basis of their existence.

“Let’s drive towards the end of the rainbow. We will find her,” Bali, the leader said.

Their hearts sang when they found her in a car – a woman in labor. “I..I was trying to drive over to the hospital…,” she said weakly.

“Don’t worry we’ll take care of everything,” Bali said respectfully. And the others cheered in their hearts as Luma was about to be reborn!

(This my entry to the flash fiction challenge, Flash Fiction for Aspiring Writers hosted by the amazing Priceless Joy. We are given a photo prompt and approximately 75-175 words with which to create our stories. This challenge is open to all who would like to participate. Thank you @any1mark66 for the image. Please CLICK HERE for more.) 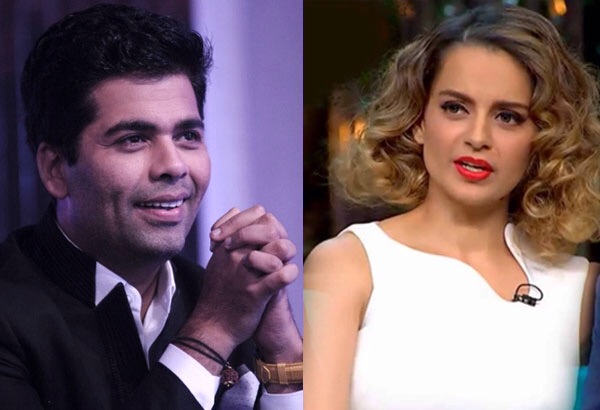 Seething with anger, Mr Karan Johar sat in a luxurious room post his ‘Koffee with Karan’ episode with the arrogant actress Kangana Ranaut. He had been contradicted and slammed on his own famous chat show by a little actress, who was weaker than him in every way. She had no ‘godfather’ in the Hindi film industry, she was not the daughter of a renowned filmmaker or celebrity, she had far lesser contacts and connections than him, and less wealth in comparison to him.  Although, red faced after being called a ‘movie mafia’, Karan had tried to maintain his composure, making it all light and good humoured but the cracks had shown on the show…

Breaking his reverie, the phone buzzed! It was his favourite actress. “How could she, the shabby thing, speak to you like that Karan.You poor thing, I know you must be really mad….and did you hear her disgusting accent….what’s wrong with her….,” the actress purred. Karan spoke his heart out for the next ten moments. The staff in the next room could make out that the boss was indeed in a very bad humour.

“The down market thing, needs to be taught a lesson….,” another favourite whatsapped him. By this time, the media and twiterrati were having a gala time at the expense of poor Mr Johar. The man had been stumped at his own ‘masala’ show! The media sided with Kangana, who had chided Karan for his nepotism and tendency to act as the owner of Bollywood.

Mr Johar reacted subtly in his next episode of ‘Koffee with Karan’ with Kapil Sharma. “What would you do if you wake up as Kangana Ranaut?,” he asked the comedian. “I would delete my emails,” Kapil Sharma replied sheepishly. And then both laughed nonsensically, insinuating at Kangana and Hrithik’s affair! But the humour fell flat.

By this time, more than half of the industry sided with Karan Johar, they needed to be in his good books. Ms Ranaut was always an outsider, a nobody, despite having talent. She had also dared to pick up fights with other prominent goliaths like Roshans and was said to be arrogant and rude.

Karan struck again! While speaking on the sidelines of an event at the London School of Economics, he hinted that Kangana may not have understood the meaning of the word nepotism, that he was fed up of seeing her play the ‘woman card’ and ‘victim card’ and that if the actress had such a problem with the way  industry worked, she was welcome to leave.

That day, watching Karan’s vengeful speeches, Kangana smiled inwardly! She knew most of the industry people would refuse to work with her now. She had irrepairably damaged her career by being loud and clear but…what made her smile was…atleast she had managed to hit back in some way. She knew that she could be called names and dirty allegations might be made against her but she was here to stay! It was time for her to react again! She straightened her back and strided confidently albeit towards an uncertain future.

(Disclaimer – This is a dramatised version of the ongoing battle between Karan Johar and Kangana Ranaut. It is partly factual and partly fictitious. Images courtesy Google.)

In the lotus position, he sat viewing the derelict pier. It was godhuli bela, the time when the grazing herd of cows returned to his village in subdued light. The calm lake, sounds of fauna, the gentle air settled him for a deep meditation.

As his half naked body relaxed, thoughts surrounded him. He did not try to stop them, just floated with them like a detached companion. Somewhere someone was playing the flute, it was magical! His mind aligned with the music, enabling him to be deeply aware of his breath. SOHAM!!!

Strangely, a cold creepy thing moved along his back. For a second he thought, it was due to Kundalini awakening but no… it felt terribly slimy! It was a KOBRA, crawling on him.

Crippled with fear and holding his breath, he waited till the snake crawled away! Then, leaving the mat behind, he ran as fast as he could!

(This is my entry to the flash fiction challenge, Flash Fiction for Aspiring Writers hosted by the lovely Priceless Joy. We are given a photo prompt and approximately 75-175 words with which to create our stories. This challenge is open to all who would like to participate. Please CLICK HERE for more. Thank you Barb for the image!)

I felt as if I had walked along that bridge, a long time ago, in a different age. Strange! That was my first visit to the historic Fort in a small town called Monger.

The guide went on and on describing every little detail about the kings and queens. But I was not listening! The lake was holding me in a trance.

I was seeing a pitiable face down in the lake, crying out to me, asking me to rescue her.

Instinctively, I screamed, “Hang on girl, I will help!”.

“Who needs help? Are you okay?,” the guide asked me. I nodded with some embarrasment.

Later in the tour, the guide showed us the portrait of a brave servant girl who had drowned in the lake while saving a princess from drowning.

It all came back to me. I looked closer and whispered – Shashibala!!!

(This post is dedicated to the maid, who saved my grandmother from drowning. When my grandmother was a little girl, she used to swim using an inverted earthen pot (matki), which slipped out of her hand on that fateful day. The brave girl died saving her.)

This is my entry to the flash fiction challenge, Flash Fiction for Aspiring Writers hosted by the lovely Priceless Joy. We are given a photo prompt and approximately 75-175 words with which to create our stories. This challenge is open to all who would like to participate. Please CLICK HERE for more. Thank you Joy Pixley for the image! 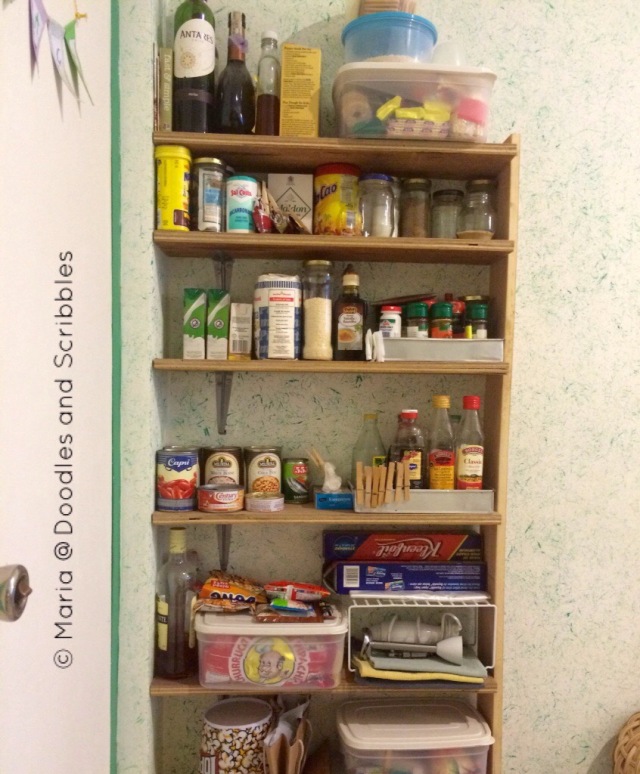 Little Brinda could not comprehend how it happened! All she saw was a jar containing some spice getting attracted to the old lady’s fingers. Her hand seemed to be sort of magnet! Was this lady a witch?

She watched as the scrawny lady grinded all kinds of spices. She kept murmuring something and Brinda got scared to even breathe in that strangely aromatic house.

“I shouldn’t have listened to grandma,” Brinda thought. But grandma had bad cough and the doctor’s medicines were ineffective. That morning granny said to Brinda,”Only old Khakhra can help me. Can you get the cough mixture…but don’t tell your parents.”

She agreed for grandma’s sake but knew that Khakhra was weird!

The mixture was almost ready and Khakhra smiled revealing crooked teeth. Brinda accepted the medicine bag and planned to run.

But Khakhra clutched her hand. Brinda held her breath as she pressed something into her palm and released her.

Once home, panting and jittery, Brinda opened her fist – it was her favourite orange candy!

(The character of Khakhra is based on a lady in my maternal grandmother’s village. She was rumoured to be a witch but actually she was quite nice. I met her when I was little.)

This is my entry to the flash fiction challenge, Flash Fiction for Aspiring Writers hosted by the lovely Priceless Joy. We are given a photo prompt and approximately 75-175 words with which to create our stories. This challenge is open to all who would like to participate. Please CLICK HERE for more. Thank you Maria for the image!

I exist because you imagine I do

All about self realisation, paranormal, dream interpretation and more

Life is a bubble, Make it as delusional as possible!

THIS SITE IS ABOUT ME, MY CREATIVITY, MY IMAGINATION AND MY FEELINGS.

Friend of A Jewish Carpenter

let the darkness lead us into the light.