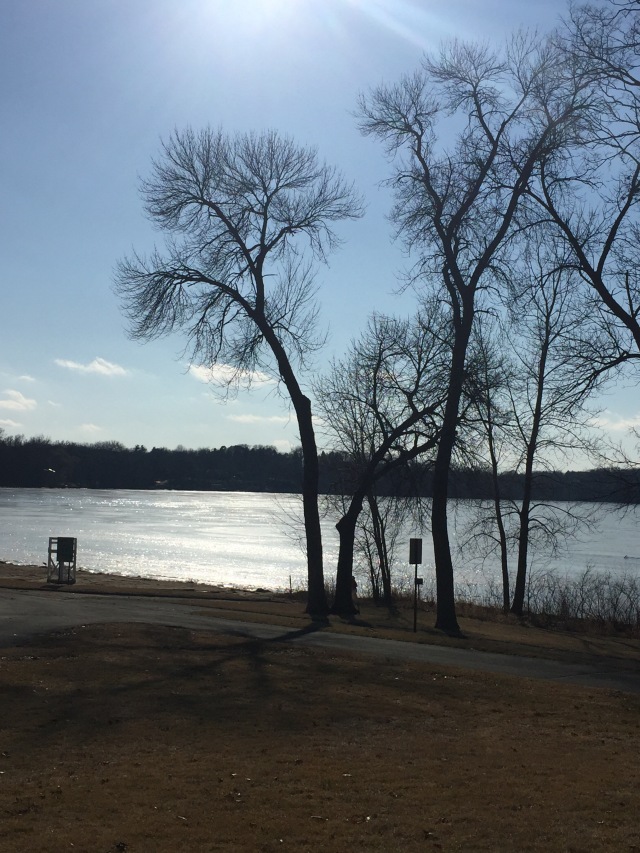 As we moved aimlessly along the roads in the Twin Cities, this lovely view brought us into a standstill! A calm frozen lake guarded by tall trees…. like a monk amongst seekers! 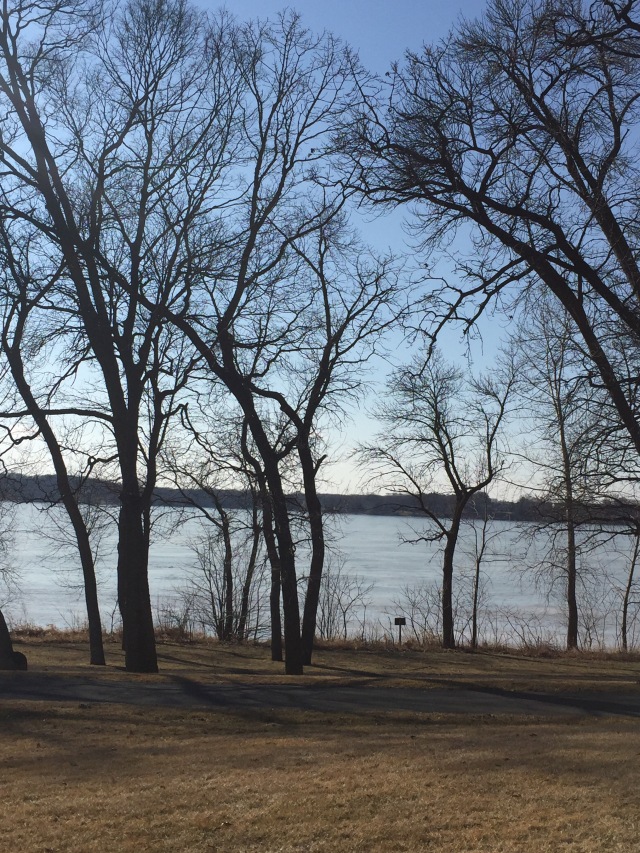 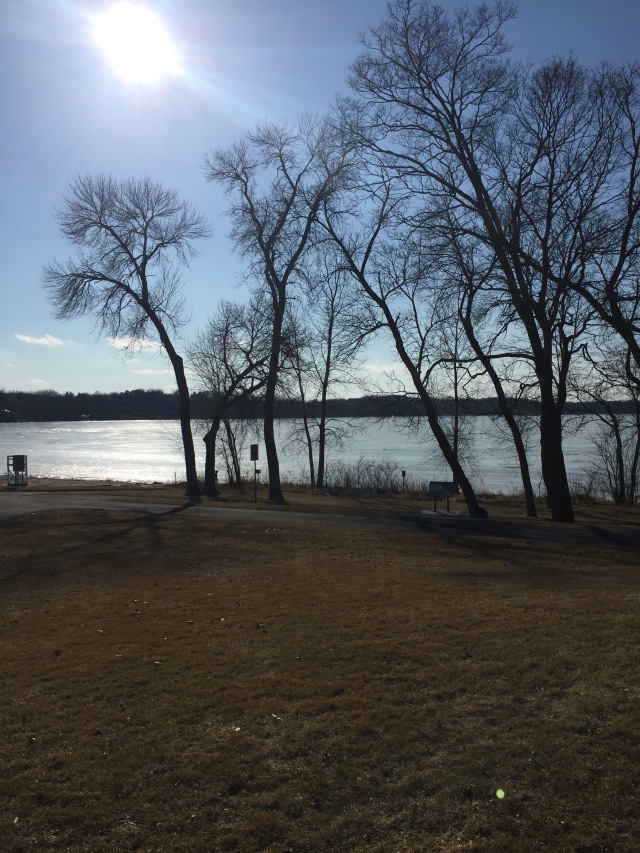 Very recently, my blog turned 2 and I feel gratitude as well as so much love for you. All of you have influenced me in your own individual ways. THANK YOU! Today, I am also mustering courage to present my 2nd Kids free ebook – ‘Who Ate The Moon?‘, available on Apple – https://itunes.apple.com/us/book/who-ate-the-moon/id1206671343?mt=11.

The book is about two naughty brothers, Aala and Uja, who unhook the moon off the sky and hide it in a fireplace. But something or somebody eats the moon!!! To know more, download it for free…

In order to make the book even more accessible to our little ones, I have created a sort of audio book on YouTube. Please excuse my accent in the video. The book is less than 7 minutes long, fit for a quick watch.

My first ebook – The Princess with Brown Teeth was a huge learning experience for me. I have learnt a lot in this one too and am still learning. Your feedback, likes and share will help me immensely.

Thanks once again for being there for two long years!

As they watched a movie in the theatre, little Avi fidgeted. “When will spiderman come?”, he asked. “Hush, he will come soon,” his mom whispered, making sure others watched in peace.

In the film, the dreaded biker’s gang was wrecking the town. And the heroine was murdered. Mom had teary eyes, when Avi interrupted again. “What about Spiderman?”, he asked. “Eat the popcorns, Spiderman will come at the end,” she tried to distract him.

He ate for a while and began to play with the popcorns. While in the film, the hero was about to be killed and there was pin drop silence! Just then, to mom’s horror, the spidey fan vocalized loudly –

Does whatever a spider can

Spins a web, any size,

Embarassed, she scooped the little singer up and walked out of the theatre but the crowd cheered. The film was too intense, they needed comic relief!

(This is my entry to the flash fiction challenge, Flash Fiction for Aspiring Writers hosted by the amazing Priceless Joy. We are given a photo prompt and approximately 75-175 words with which to create our stories. This challenge is open to all who would like to participate. Thank you Sunayana for the image. Please CLICK HERE for more.)

I am a visa wife. This means I am on a dependent visa while my husband is on H1B work visa in the US. My Visa is in H4 category, which is regressive to say the least. Now, while the techies are reeling due to uncertainities over H1B Visa Bill, which might become an act under President Donald Trump’s administration, I secretly rejoice.

It is also being rumoured that work permits of H4 visa holders, which was a part of 2015 Department of Homeland Security initiative by former President Barack Obama, might change. This means visa wives would not be allowed to earn any kind of income and may be restricted to cooking, cleaning and volunteering. In short, a completely dependent entity – emotionally, socialy and economicaly.

I truly believe that US is a great country to live but if the work permit for H4, is cancelled, it would be a curse for Indian women, who accompany their husbands at the cost of their own ambitions. My stay in the US has been smooth and filled with happiness so far. And I had plans to be economically independent when my kids grew up a bit but under the present scenario, I find hope in returning to India.

It wouldn’t have mattered if being a dependent was optional, but when one is forced into shadows, it’s unfair.

If things change, I dream of going back and being surrounded by family and friends. Then, there will be the lovely Indian Maid – Kaam wali bai, whom I have missed almost every day!

Technology is here to stay and techies are like minions. They will find a big boss sometime soon even if there are job cuts due to the overhaul. They will not perish.

Truly speaking, it might be better for husbands if they stay in the US because work conditions are nicer here. Even kids are better off in the US. But for silently cooking and cleaning visa wives, who are away from society and independence, going  back to India would always be great. 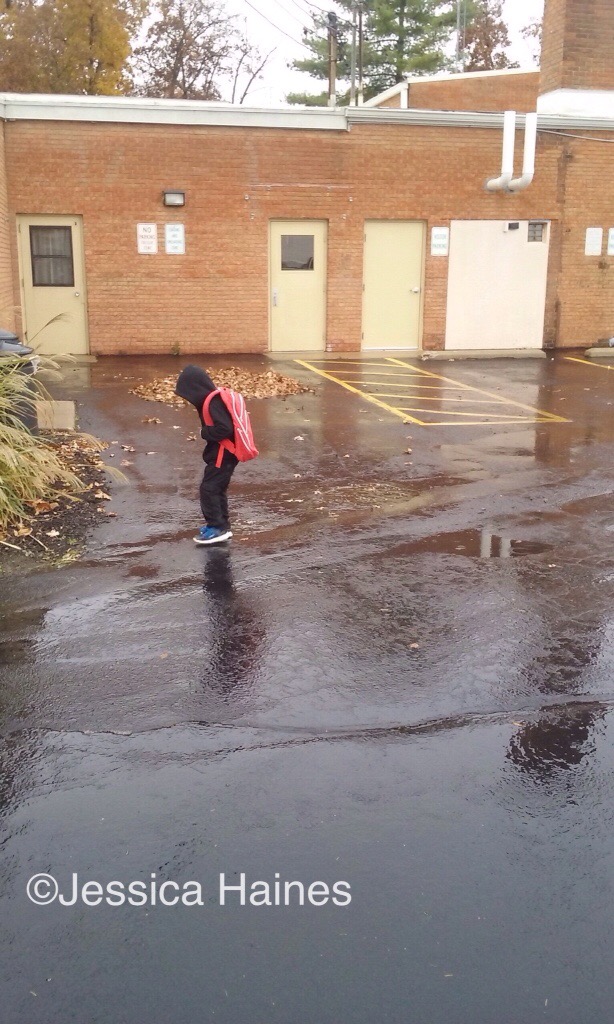 He knew it was late. His mother would be anxiously waiting for him but he wanted to dilly dally. He wished, she could come down to receive him at the bus stop just like she used to do! But these days she was always busy with the whining little thing, they brought from the hospital.

It was his dream to be a big brother but now he realised how challenging it was. The baby was a cranky one. If only they could replace her with a sweet, sleepy baby! He no longer liked being a big brother. He wanted constant attention from his parents more than ever.

Dragging his feet, he went home. His mother was at the door with the baby. She reproached him for loitering around. But the cranky one smiled. He ignored her. But she cooed again and held out her baby hand.

His feelings changed from dejection to exhilaration! She was quite cute, after all!

(This is my entry to the flash fiction challenge, Flash Fiction for Aspiring Writers hosted by the lovely Priceless Joy. We are given a photo prompt and approximately 75-175 words with which to create our stories. This challenge is open to all who would like to participate. Thank you Jessica Haines for the image. Please CLICK HERE for more.)

Only finding truth, and some forests

Dare To Write | Get Wise

The Ultimate Inspirational Life Quotes
But I Smile Anyway...

Musings and memories, words and wisdom... of a working family woman

Because sometimes life just makes you stop and think