My grandfather was a big fan of Detective Colonel Vinod of Vinod Series by Ibn-e-Safi (pen name of Asrar Ahmed). And my father and his siblings would compete with each other to be the first to lay their hands on those thrillers, that arrived every month by post.

Colonel Vinod (Faridi in original Urdu version), the main character of Jasoosi Duniya was huge at one point of time and almost as famous as James Bond or Sherlock Holmes. My grandparents, uncles, aunts, everyone loved him. 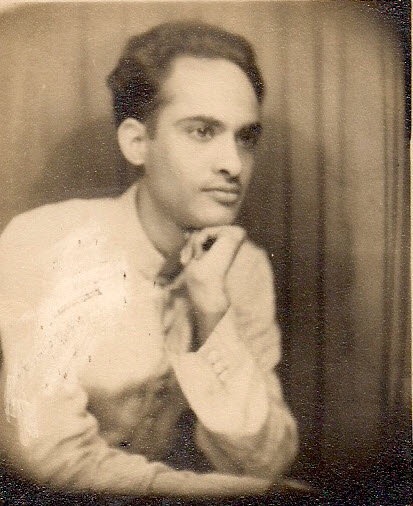 For me it was different. I was born after Ibn-e-Safi’s death. As I grew up, titles of the books – ‘Tijori ka Geet’, ‘Khooni Pathar’, ‘Pahadon ki Malika’, ‘Baraf ke Bhoot’ –  intrigued me. And the pictures on the covers were fascinating too. One day, when I was in my teens, I just picked it up from a big box of books and read it at one go. That was the beginning. I soon got addicted to them.

Thankfully, my parents were not very strict about my reading those ‘kind of books’ because they knew that the series did not have sub standard or cheap material in it. Every member in the family could read it. However, they warned I may end up paying more attention to the thrillers rather than course books. But I managed to strike a balance.

After Devkinandan Khatri in the 19th century, it was Ibn-e-safi who set the beat of detective novels in the second half of the 20th century in Indian subcontinent. His contributions to not only Urdu but Hindi literature was immense. The books were published in Bengali, Tamil and Telugu as well.

Wikipedia says about Jasoosi Duniya series – “Its first novel, Dilaer Mujrim was published in March 1952. In the following 27 years, Ibn-e-Safi wrote 127 books in the series with his last Jasoosi Dunya novel, Sehra’ee Deewana appearing in July 1979, a year before his death.” He was from India but migrated to Pakistan in 1947, post independence.

It is said that some Safi’s books have been inspired by English novels but the much-loved characters, Vinod and Rajesh (Faridi and Imran in original Urdu version) are his own creations.

My favourites were Colonel Vinod and his feisty aide Captain Hamid (akin to Dr Watson). As I read him more and more, I felt Ibn-e-Safi was well informed about the political situations in the world. He wove a glamourous and dangerous world in 1960s India that enchanted readers.

I think Colonel Vinod was very much like Howard Roark of  Ayn Rand’s ‘The Fountainhead’. Both of them had super integrity, both were brilliant at their jobs but appeared to be rather heartless (Colonel Vinod was nicknamed Father Hardstone by his friend Hamid). Both had lofty ideals. Infact, it was said that Ibn-e-Safi wrote very carefully about Vinod as people sort of worshipped him and would not tolerate anything untoward related to him. 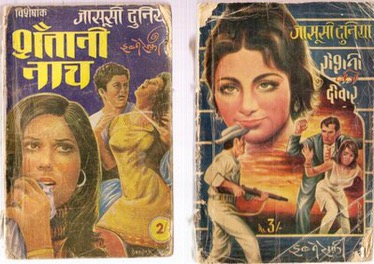 Ibn-e-safi’s other lead character Rajesh (Imran in the Urdu version) was equally popular. A fool by the day and secret service chief by night, Rajesh’s unpredictability always left me in splits.
It should also be known that Safi’s works were widely plagiarised by writers who enjoyed limited fame but could not match his popularity. His books were often sold at black market prices in and around India.

A big reason for the charm of the novels were the minor and comic characters Qasim, Black Force, gilehri jaan ( in Vinod series) as well as servant Bholu, Jolly, Madan (in Rajesh series). The master storyteller had the knack of drawing readers into the world of ensnaring beauties, night clubs, fancy locations, Lincolns, Tommy guns, poisonous needles and lethal enemies.

Back in India, I always wondered about Lincoln – Colonel Vinod’s car and excitedly called up my father when I saw one in the US. 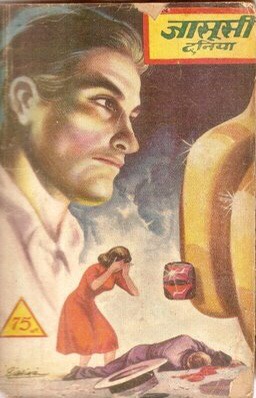 The Hindi version of – Jasoosi Duniya series are hard to find in today’s world of Ebooks and downloads. I yearn for the crispy touch, musty smell and excitement that preceded reading the thrillers. It was heaven to read it in a quiet corner of my house, munching guavas and wondering what was going to happen next.

Gone are the days but who knows…I might still find my younger self somewhere inside one of those nail-biting books…!

I exist because you imagine I do

All about self realisation, paranormal, dream interpretation and more

Life is a bubble, Make it as delusional as possible!

THIS SITE IS ABOUT ME, MY CREATIVITY, MY IMAGINATION AND MY FEELINGS.

Friend of A Jewish Carpenter

let the darkness lead us into the light.